We're Running Out Of Time / Countdown 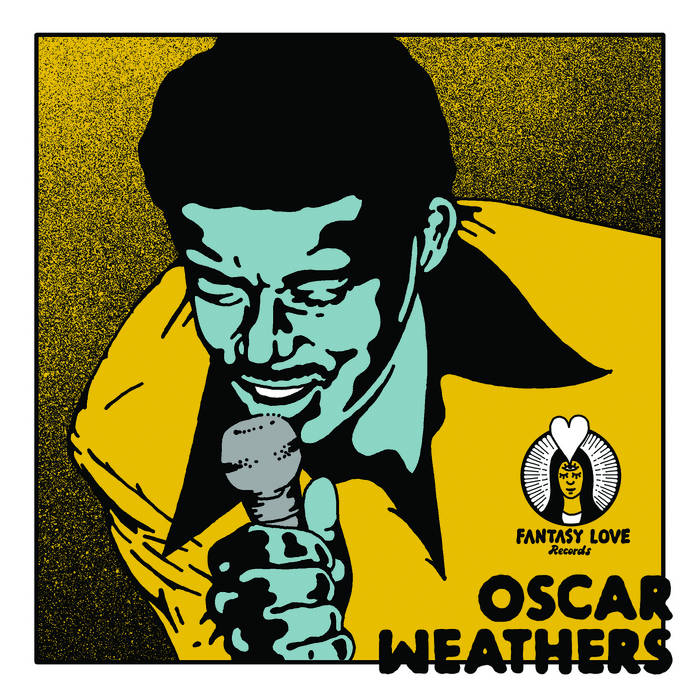 Saucer People One of those rare and wonderful records that are both of their time and simultaneously timeless.
Both tracks seamlessly blend and transcend the sound of soul, disco and funk, making them perfect for any knowledgeable and receptive dancefloor audience.
If I had to choose a winner I'd go for the ghetto story and salvation led groove of Countdown... Tick Tick Tick...
Oscar Weathers, we salute you! Favorite track: Countdown.

Stax said no, so a few days later I arrived in Philadelphia, Pennsylvania where I meet a guy name Georgie Woods, a disc jockey on W.D.A.S. radio station. He started a record label and my first record was released in 1969, I went on to record several more records for Top and Bottom Records. I played a lot of gigs in night clubs, dance halls, theatres, fairgrounds etc. I never had a band. I kept a lead guitar player with me and he would work with the local band and get them ready for my showtime. I left the music business after a few years.

In the 1980s I started my own record label when years before, I saw this song in a vision, "We're Running Out Of Time". I was just leaving the barber shop after getting a haircut, as I started to cross the street it was raining, and I blanked. I was in a trance and I don't know how I got home walking in the rain. Crossing streets and lights all the time, I was walking, I was in a vision; this is what I saw and heard.

"There was a big, super big clock (like Big Ben) and it was ticking loud. The clock was cut in slices like you would slice a pie, from 12 o’clock to the 1 on the face of the clock was one slice, 1 to 2 was another slice, every 5 minutes until it was closing from 11 to 12 the last slice. Now in each slice of the pie shaped cuts were people, some were shopping, some sitting on their porches, one lady was pushing a baby in a stroller, some people were working on jobs, some were driving, laying on the beach. All this was happening in those slices and as those slices got around past 6 they started turning dark like heavy clouds. As these people in the slices were getting closer to the 11 to 12, they started screaming and running. Awful fear was on their faces and the slices had turned to black thick boiling clouds, from the 11 to 12 was a drop off and they were gone. Just then I woke up out of the trance as I was stepping up on the first step to go into the apartment where I lived at that time."

In the trance I saw people living everyday lives, caring and doing and living but were unaware of the predictions of the Bible and the message of the Gospel. So now here I am sometime later in the early eighties after seeing the vision. A friend of mine came by the house with a group of guys and one female. After talking with them I found out they were a band and they were stuck here for a while, the whole band and their instruments. I started telling them about the vision I had some time ago and we went in the garage. They talked about the vision and we tried to get into the emotions of the story. They left, went and got their instruments, came back and it was on. It seemed like everything just fell into place.

We started trying to find a groove that fit the story, it was like the song just came together so smooth and nice. Everyone was trying this and that and it was like the music took over, it seemed like it was leading us. Right away we booked time in the studio to record “We're Running Out Of Time” and “Countdown”. We set up our label and publishing and released "We're Running Out Of Time" in 1982. We only reached out to some gospel radio stations. I believe we were ahead of our time. Gospel Radio Stations were not ready for the beat and style of "We're Running Out Of Time". We sold a few copies here and there and some of the dance clubs were playing it, but we did not push it, just set it aside to be one of the cuts on the gospel CD and that’s where it has been until now. From time to time I would get offers from someone online to buy this song but I was never interested until now, maybe its time is now.