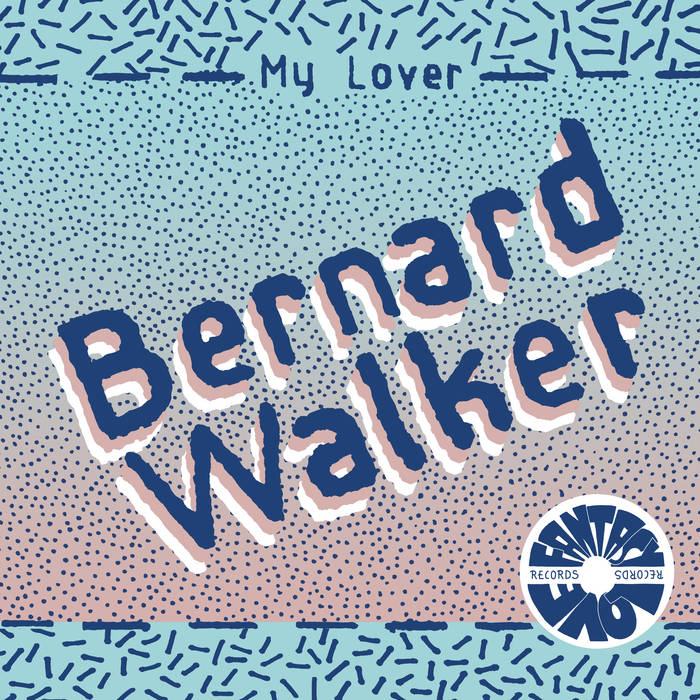 Junei, the guitarist behind The Space Army Band, who would team up with his brother, General Lee, to form The Lost Weekend remains a pivotal character amongst the music scene of his hometown, Gary, Indiana.

Working closely with local indie groups & producers, such as Gordon Keith of Steeltown (Jackson 5's first manager), Junei would spend the 70s writing & recording whilst touring with artists such as The Emotions, Curtis Mayfield & Albert King.

Junei's calling card came to be in 1987, when he released his single 'Let's Ride' & 'You Must Go On' on local imprint, Pharoah's Records. The following year, he teamed up with Bernard Walker to produce a signature of that late-80s bedroom indie sound, cemented by the ideology & instruments used.

"Bernard Walker approached me based on my reputation around town. He told me about this song that he wrote called "My Lover." Initially, he wanted to record a demo but I convinced him that I could do an actual finished production of his song, right from my small project "tape based, 8-track" basement studio. The sessions took place in Gary, Indiana in the basement of my parents home inside my small bedroom recording studio. The equipment used was a Fostex 1/4" 8-track recorder, Fostex 1/4" 2-track recorder, Fostex 12-channel mixer, Sennheizer vocal microphone, Korg DW8000 Synthesizer & a Roland R8 Drum Machine. As he sang the lyrics, I began composing what I heard in my head, then I recorded to tape each instrument one at a time (keyboards, drum machine, etc..) until we were satisfied with the production, then he laid down his lead vocals and I helped him sing the background vocals. Afterwards, I did some tweaking and then I transferred it to my 2-track reel-to-reel recorder, and that was it. He was totally pleased of the outcome."