Magic From Your Love / Don't Be Afraid 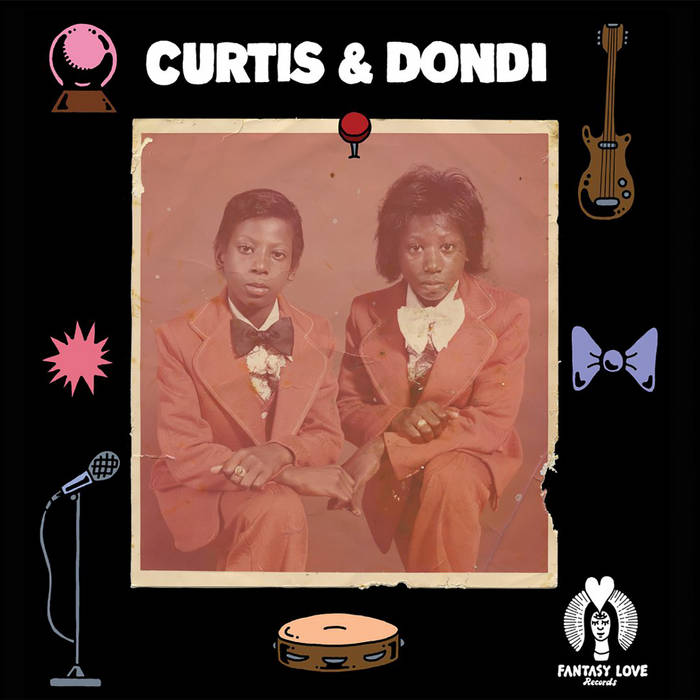 Curtis & Dondi, brothers by name & nature, epitomise the strength of musical talent that Chicago was nurturing during the late 70’s & throughout 80’s. The boys started singing in their early youth, growing up in a musical environment with their Mother, a Jazz singer and their Father, her manager and also key booking agent for local acts and touring talents such as The O’Jays, Dells, Isaac Hayes, Earth, Wind & Fire to name but a few.

Their breakthrough came via a bet, The Jacksons were playing at the Guys & Gals Club in the South Side of Chicago, around the corner at the Pacesetters Lounge, Curtis & Dondi’s Father struck a bet that his two boys could give a better show. Two kids aged less than 10 took to the stage to perform a James Brown cover, the first song that they learnt, and their voices & moves earned them the credit due.

From then on in, the two Bullard brothers would begin to perform around the Chicago circuit, playing the clubs of their time such as The High Chaparral, Burning Spear, Budland and also of course the Guys & Gals and open up for acts like The Sylvers Band, Barry White, B.B. King. Curtis & Dondi’s Father was also a police officer and, as well as the boys playing with musicians previously mentioned, enlisted the county jail back to be their backing band on a few occasions.

The aptly named Capri Taurus release (it’s name given by their Mother relating to their star signs) was recorded in 1982 at the P.S. Recording Studios, owned and operated by Paul Serrano. This prolific studio gave a voice to recordings by Terry Callier, Luther Vandross, Natalie Cole, Ramsey Lewis amongst a wealth of others. Curtis, at the tender age of 12, was the main songwriter of the group and alongside their cousin & guitarist, Carlos Showers, they came up with the tracks ‘Magic From Your Love’ & ‘Don’t Be Afraid’. Both tracks recorded in one take were then pursued by Thomas Washington a.k.a Tom Tom 84 an innovative writer, arranger and producer in Chicago to turn their tracks into a local hits.

Curtis & Dondi would then hit the road on & off for the next 5 or so years, travelling around in their Fathers RV and performing in several different states at various clubs, airforce & naval bases.