Do Ya Think I'm Sexy? / Hypnotized 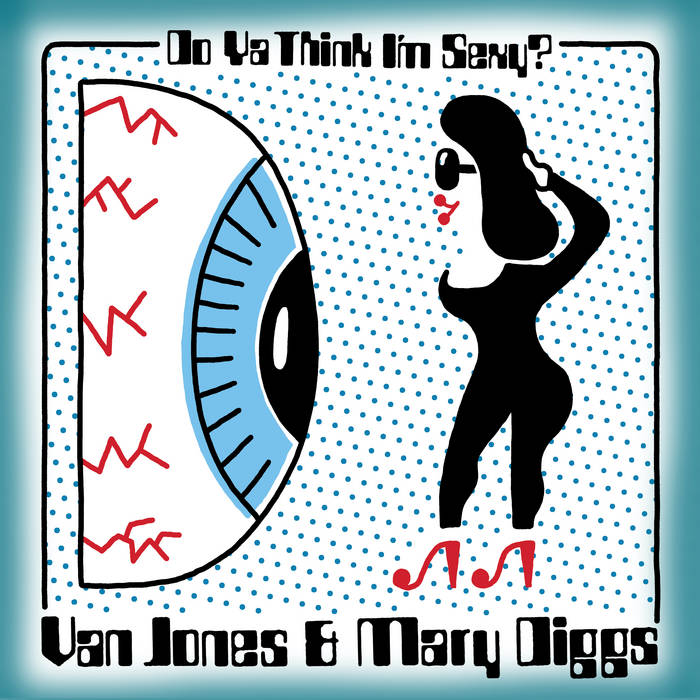 We Are Dark Clouds

The story of Van Jones, as with all great singers, starts off in the church. Till this day, singing alongside his brothers as ‘The King David’s Harp’, the family gospel group would see Silvanis, ‘Van’ for short, join them at a young age. Needless to say, growing up in Norfolk in the late 50s & 60s and being surrounded by producers & artists such as Lenis Guess, Danny Gold, Lee Fields to name a few, it’s only natural that Van would start an R&B group and begin touring the East Coast.

In the mid-70s, on the way to New York City to audition for The Temptations, Van would stop off to see his brother Otis in New Jersey. Their cousin was dating George Kerr at the time, so Kerr & Linda Jones were natural fixtures at Otis’ place. In knowing that, Van’s first time meeting Kerr would be on this trip, he brought up some demo tracks he had been working on which would soon after lead on to recording ‘I Want To Groove You’ at the Guess studio back in Norfolk, with his backing vocal group ’The Jays’ whom consisted of Otis & his sisters.

Whilst visiting Detroit to work on his forthcoming album ‘Time Has Made Me New’, Van went to see a performance by Norfolk native, Wilson Williams. The two had previously worked on music together, however this would be the first time he met Mary Diggs, William’s backing vocalist. Diggs, another Norfolk native, would then perform with Van as well as feature on his album.

Van followed up the success of his first album with a cover of two quite different, yet equally iconic songs. Rod Stewart’s ‘Do Ya Think I’m Sexy?’, backed with Kerr’s production of a Linda Jones track, ‘Hypnotized’. Evrin Epps was Jones’ right-hand man, keys player and creative ricochet and the two would play around with different song ideas, introduce Maurice Glass, the bass player for Lenis Guess, Harold “Sundance Kid” Bonds on guitar with Mary & Van on vocals and there you have your recipe for this single.

The group took both versions to a newly opened 24-track studio in Virginia Beach, and the rest is, as they say, history. As with all of Van’s musical endeavours, they would be released on small, mainly self-produced labels, which would they be distributed by main players such as RCA. Eight-O-Gold Records is no different, named after Van’s publishing company.

As mentioned earlier, Van is still singing alongside his brothers, and there are future projects on the horizon, however for now, there’s only one question….well, do ya?